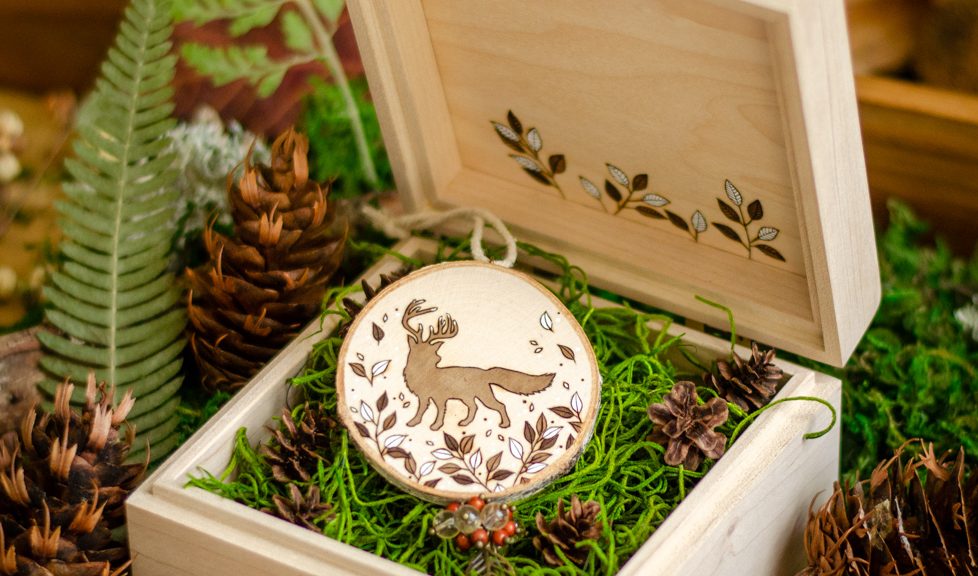 Here we are with a new shop update, one that I am quite passionate about, simply because this time, it is all about Fantastic & Magical Creatures! That means it involves a few of my favorite imaginary beasts like the Mischievous Jackalope and the Rising Phoenix, not to mention a few Horned Ones.

Speaking of horns, this is actually the point where it all started. I was lost on Netflix – like you do on a rainy day – and I stumbled upon an animated show named “Hilda”. I know, it’s probably meant to be for kids, but it’s just so adorable ♥ Plus the Elves are hilarious, and the story touches on environmental and ecological issues, which I appreciated.

Icing on the cake, the show clearly has an animist flavor and it’s always a real treat for me when animism is brought to the table in one way or another.

Anyway, why was I talking about horns again? Oh, it’s because of one particular character in the series: Twig, Hilda’s companion Deerfox. Yep, you got it right, it’s a Fox . With Deer Antlers on the top of his head. And I loved him so much that I had to draw and burn my own version of a Deerfox while binge-watching the episodes.

Then I created a Deerwolf, and a Horned Owl, and I sketched a Jackalope under a Crescent Moon… A few hours later, I ended up with a collection of Fantastic Creatures on the coffee table next to me. I had my theme for the next shop update.

As usual, one click on my Douglas Fir friend right up above will bring you to the shop, where you can find these Unique Pieces. I hope you will like them as much as I do.

Tell me in the comments below, what is your favorite Magical Creature? What would you be if you could suddenly emerge from a daydream and become one?