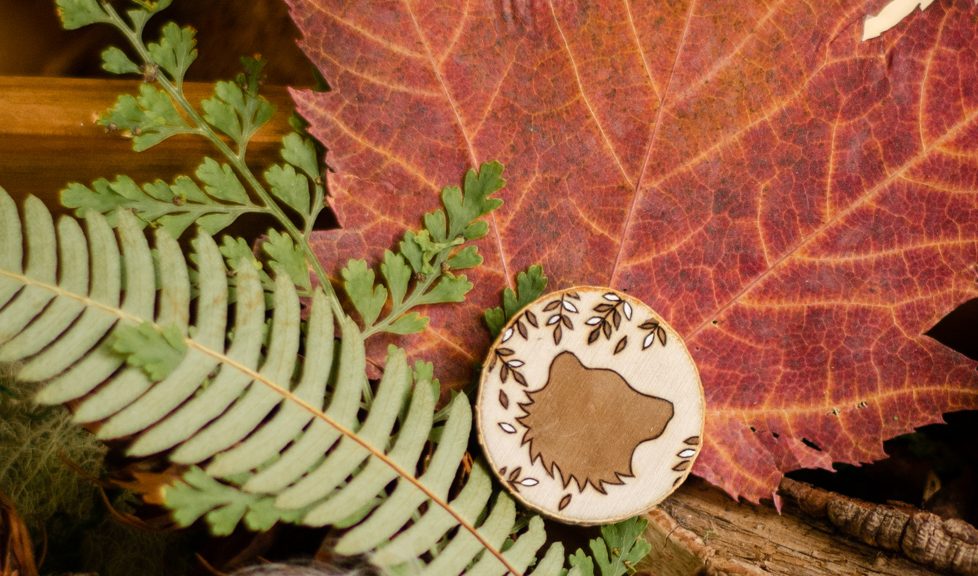 Last year or so, I started a Big Project: I wanted to create a Lenormand Oracle for myself. First it started as a wooden set, since it is my favorite tool and support to use in my Craft (whether Artistic or Spiritual), with small pictures and symbols representing the 36 elements of this divination system. But then, as I was coming back to illustration and experimenting with walnut ink on paper, it became actual paintings.

It’s been a slow process, drawing each card one by one, until I completed all of them. But let me tell you, the day I finished, I sat down on the floor, aligned all the pieces of paper I’ve created side by side, and had a great deep look at the Big Picture. It’s been a long time since I completed a task this extensive, and actually made it through the end. Seeing the whole of it right in front of my eyes was a reward in itself.

There was several personal benefits to gain with creating this Lenormand Oracle. First it brought me back to paper, allowing me to improve my long-gone painting techniques – just like watercolor, walnut ink really doesn’t behave in the same way on paper as it does on wood, it’s like working with a completely different creature. The creation process also taught me that perseverance was a key to get through it and, most importantly, that I had it in me. Last but not least, once I get it printed, I’ll have a new deck to add to my collection and play with. One that is 300% the product of my mind, my thoughts and imagination.

I started learning about Lenormand about two years ago and I’ve since used this Oracle System with different kinds of decks, from the Celtic Lenormand to the adorable and colorful Tanis, not to mention the spectral and otherworldly Clair de Lune Lenormand. I never thought I’d make one myself, but apparently, you never know until you start on a whim one day and make it an actual goal in your life!

Anyway, as I was saying, I possess all kinds and sorts of Lenormand decks, with different themes, colors, and vibes. But I think I was missing one, because whether in wood slice form or actual paper cards, I wanted my own deck to be colored in Shades of Earth, and as Nature-based as it could be. As a result, there’s a lot of animals and trees and leaves in it. Which is great, because I also wanted it to reflect my beliefs on Animism and love for Nature Spirituality.

There’s no human pictured in it, it’s all about Flora and Fauna – not that I don’t consider our species part of Nature, on the contrary, I believe that it is our feeling of disconnection to the Natural World that led us to the Ecological Crisis in which we are now. Anyway, as a matter of fact, humans still left traces in some cards of my deck, taking the form of Artifacts (more on that later).

Next step for this project is getting a copy printed by a professional printing company, so that I can play a little more with. I now need a sturdy version of my own deck of cards, one that can pass the test of time and accompany me on my journey as I keep learning about Lenormand. Oh, and I still need to complete the wooden version of it. Unfortunately, I had to start it over and recreate a new set because I had to let the first pieces I made in France when I moved here.

I’m gonna go do that. In the meantime, enjoy the pictures!