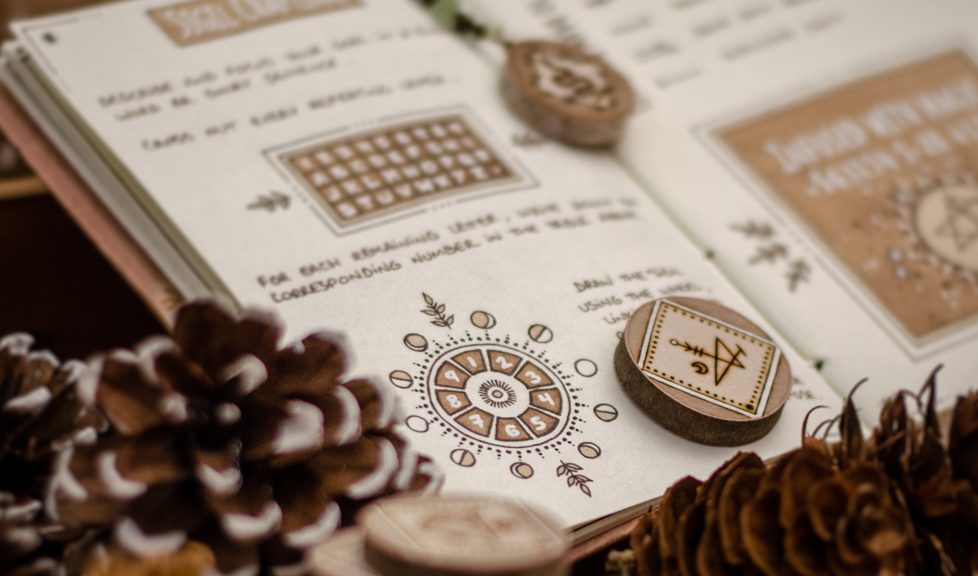 With the explosion of the Witch Aesthetics on Instagram, I’ve often found myself pondering this question as I scrolled and browsed through the overwhelming amount of altars standing in a well-curated dim light, contemplating the various reclaimed skulls adorned with puzzling sigils as well as the glittery unicorn pink polished fake nails holding an equally perplexing pentacle cupcake.

Some pictures inspired me in the greatest way, others definitely did not. To each his own I suppose. Whatever floats your boat, I’m not pointing fingers here. All of them had something in common though, they made me reflect on my own relationship with Witchcraft and all the glamour around it.

I’ve always considered myself a Witch. I’ve been labeled one by several people even before I claimed the title, starting in my childhood. Really not a surprising thing: I was that lonely little kid that, best-case scenario, others prefer to avoid. I used to spend recess at school collecting rocks to secretly fill my top desk drawer once back home. A treasure of my own with a meaning that couldn’t be understood by anyone else but me and the dirt I brought back along.

You know that kid. Come on, you clicked on that article title, I bet you were that kid. The one who doesn’t fit. The square peg. Too quiet, too young, too different, too weird. Yet never enough, and somewhat frightening.

Hopefully, I’ve learned to own that power since then. I enjoy having different interests and views about the world, I’m highly pleased with my own company, and I still collect random rocks. And feathers, fallen leaves, twisted twigs, samaras, and hemlock cones (the cutest of all). The only difference being that I don’t hide them in an obscure drawer anymore. Now I display them beautifully on various Sacred Places in my Home.

Sacred Altars that I don’t usually feel the urge to show on social media.

Last Samhain, I reacquainted myself with my Craft. I rearranged my Main Altar, I sat every day in front of it, and I realized as much as I decided it that I remained stuck in the mud long enough. Stuck in ideas that wouldn’t work on this particular ground, beliefs that actually prevented me to grow, try new things, expand.

I had to find new ways of expressing my Magic, since most of my old tools and habits are still packed in a box somewhere in France. I quietly watched and listened to the different Tokens and Amulets collected here, from this corner of the Living World where I laid my roots with a renewed sense of awe and a head full of possibilities.

This Samhain, I reinvented myself and my Craft, working out new foundations for the year to come. I proudly hold the Witch title again, knowing what’s in it and what it means for me.

Damn, I even started a whole new Book of Spells for myself, illustrated and all, to keep track of the different rituals I’ve been experimenting with in the last few months. One of the several Witchy Books that I made for myself and don’t usually display on social media either.

I don’t know what’s my point here, really. I guess I just wanted to ramble for a minute, and share a bit of my thoughts as I keep carving my path through the Wild Woods while questioning my witchiness. Defining what makes a Witch is already hard in itself. The word has this magical ability to shift and morph over time, but I find it especially complex now that it is used for so many things that aren’t directly related to… well, some sort of witchcraft practice?

All right, let’s just say this chatty post is an excuse for me to open a new category on the blog. This way I’ll encourage myself to talk a bit more about this subject in the future. Witchcraft deeply matters to me. It’s always been, it’s part of my roots. And it’s one of the main things that influence my other Craft, you know, wood burning, painting and such. So I guess it’s only legit that it should have a place here too.